As a Wahabi (fundamentalist) Muslim, Amadou (ah.mah.du) hated everything that had to do with “Christians.” So when his spiritually hungry heart cried out, “God, show me the right way,” the last thing he ever expected was to be brought into “The Way.”

Amadou came to our town looking for work at our agricultural project (part of our unreached-people-groups platform). Here he was immediately exposed to the life message of the followers of Issa-Al-Massih (Jesus the Messiah). He practically doubled his daily Muslim prayers in fervent (defensive) reaction to the sharing of the Gospel. However, Amadou’s resistance weakened when he realized that the followers of Jesus were not the infidels he supposed them to be. He dared to pray again, “God, show me the right way!” Not surprisingly, a few months ago, the Holy Spirit showed Amadou that Christ is “The Way, The Truth, and The Life.” He also discovered that, more than religious “submission” (Islam), he needed “reconciliation” with God through Christ the Savior.

Amadou chose to follow Christ, and, as part of discipling him, I did the Ramadan fast with him — all the while helping him break out of Islam to make a full transition into God’s Kingdom. Shortly after the fasting, Amadou rushed to tell me about his vision of Jesus, who, looking at him, called him by name, and reached out to him. Amadou was shaken, overwhelmed and awed by the Savior’s warm embrace.

The workers and I often sleep in rows in an arbor or a container at the field. Sometimes I would wake in the night (2 or 3 AM) to hear Amadou praying fervently for the Lord to help him and use him. I wish you could have seen his open-mouthed, amazed reaction, as he learned about God’s mercy to Rahab, the prostitute, and how God had even allowed her to become an ancestor of Christ. Amadou’s Wahabi upbringing and former Islamic theology would have made such mercy unthinkable. And, he literally melted into tears at the story of Jesus’ kindness to the adulteress woman that the Pharisees brought to Him for judgment.

Amadou’s transformation from Wahabi Muslim to follower of Issa-Al-Massih has encouraged other Muslim converts at our agricultural project and in the surrounding villages. His joy and spiritual fervor are contagious.

Please pray for Amadou’s safety in the months to come, especially since his Muslim family does not yet know about his newfound faith. Pray also that his wife and young daughter will come to know Jesus as Savior and Lord. Thank you for making our project and our work among these unreached people groups possible. 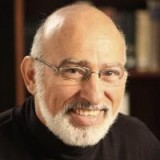