We missionaries are the first to quote the old saying, that “laughter is the best medicine!”  I remember well years ago when our colleague Willard Teague was telling us about how he’d almost died after having eaten bad shrimp, which, although purchased right off the boat, had bloated him up like a balloon.  Willard laughed so hard, describing his pitiful condition, that the tears rolling from his eyes, and we were laughing till we were breathless, on the floor, holding our sides.  So, in that same spirit, and to lighten your day, please permit me to share with you this story — just for fun!

Most everything you’ve been hearing  about the West African country of Mali is frightening, worrisome, tragic or grim.  And yet, even in the middle of conflict and chaos, the Lord grants us victories and laughter.  Recently, at our self-sufficiency agro-pastoral project I was startled to discover that something had found its way into our stores of harvested corn and rice.  Some of the bags were torn and empty cereal hulls had been scattered all over the ground.  It didn’t take me long to realize that mice, burrowing up in between the bags, were happily hauling our precious harvested treasures off into their underground tunnels. 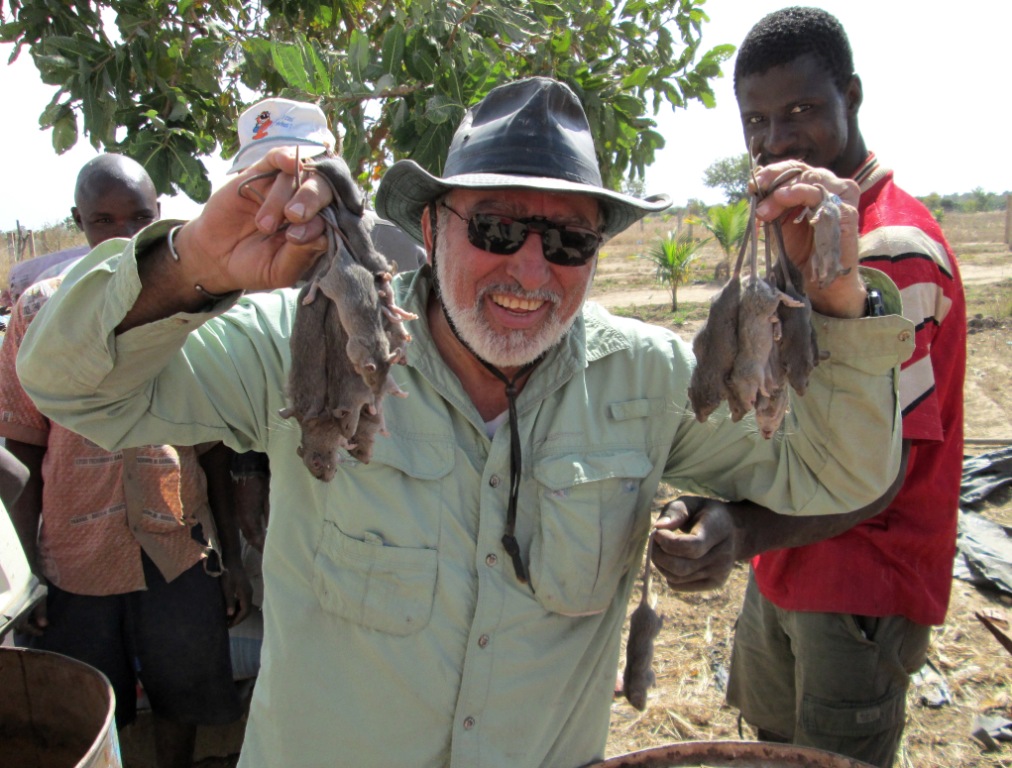 I was immediately distraught, but, to my amazement, the workers were thrilled. They quickly and eagerly moved the bags aside, and with hoe and machete in hand they made war on the invading rodents!  The mouse complex was a network of tunnels going in many directions, but with the help of a few buckets of water and the swift blows of machete and hoe, the enemy was stopped in its tracks!

I laughed so hard watching the workers jump, holler, stamp about, kick, and often miss their targeted mice, who squealed and scurried away for dear life.  Everybody was doubled over with laughter when one of the workers screamed in terror and danced frenetically as one of those beasties rushed up the inside of his pant leg.

Well, a half an hour later saw a few sore ribs and bruises, but this special hunt had yielded nearly two dozen rodents–all destined for the workers’ lunch!  Yes, you read it right.  Our poorer Malian friends rarely eat meat of any kind, except maybe on holidays, and they were all too thrilled to have fresh “game” in their sauce that day!  And, good meat it was!  Because these were not city but field mice, raised almost exclusively on farmers’ cereals.

It is true that, when we lived in Ivory Coast, Linda and I ate agouti and “toto” field rats, but this time I cheerfully decided to advance my departure time back to Bamako from early afternoon  to 11 a.m., leaving them to enjoy their feast without me!