Bloomberg ran a story today about France’s upcoming reduction of military forces in Mali (from 2,500 troops to 1,000) and the concerns Malians have for their security in the face of a potential resurgence of Al-Qaeda in the nation.

Residents are hoping that a combined force of UN peacekeepers, police, and Malian troops taking over from the French will be able to ensure their safety.

United Nations Secretary-General Ban Ki-moon said last month that there was “a marked deterioration in the security situation” from October to December in a region the size of Texas that’s home to Timbuktu, a World Heritage Site and historic center of ancient Islamic scholarship. Since the Islamists almost split Mali in two in 2012, ethnic tensions have worsened among the various groups such as the darker Shongai and Peul peoples and the lighter skinned Tuareg and Arabs.

But Paul Melly, associate fellow of the Africa program at London-based Chatham House, seemed a bit more optimistic when he said, “It is hard to see the militants retaking control of the north, but they have the capacity to continue causing trouble for a long time.”

Please pray for the safety of Malian residents.

And read the rest of the story here. 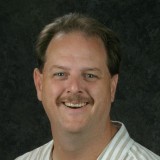